Lately I’ve been reading ‘The End of the Present World and the Mysteries of the Future Life’ by Fr. Charles Arminjon, and have now begun the section on hell. And it’s got me thinking…

What is time even like in an eternal hell?

Fr. Arminjon makes the point that if hell is not eternal, but only a temporary punishment before joining the saints in heaven for eternity, then it’s of no real consequence or threat. A temporary hell makes no dent in the sinner’s eternal bliss, even if it were a billion years long, and those in hell could comfort themselves that their sin was worth it to get what they wanted, when they wanted. Ultimately, rebellion against God and obedience to God would achieve the same eternal end.

This got me thinking, what does the passing of time feel like in the context of eternity? When there’s a change coming up, we feel time as how close we are to that change. With no end to hell, what concept of time could there be? What difference does it make, and so what does it mean, to have been there for ten, twenty, a hundred, or a million years? Time seems to collapse into meaninglessness. I imagine something similar can sometimes happen to those given a life sentence, although even then, there is the end brought by death…

Or is there change, and therefore time, in hell? Perhaps there is change within the person, but not in the environment… Perhaps the type or intensity of punishment changes…

I imagine those in hell would find eternity itself another torture, as impatience tries to grasp at something, and achieve some kind of progress. ‘Gnashing of teeth’ seems to express this impatience very well to me.

Heaven’s eternity must be different… No impatience for one thing, firstly because we’ll be perfect, and secondly, we’ll have everything we ever desired in full. I wonder if there is change in Heaven? If not, it is not because we have only one moment for the rest of forever, but because the fullness of time will be ever present to us, as it is to God. I believe we’ll be co-creative with God in Heaven, and so there must be some kind of change, though perhaps, like God, our creativity will occur in changing time, while we ourselves are not constrained by time…

If it weren’t for hell, would I have given up?

I think pretty much everyone is tempted to despair at some point. Hell makes sin an absolute decision. If I hadn’t been warned about eternal punishment in hell, would I have accepted both sin and punishment as inevitable parts of my inevitable journey to Heaven? I think I might have… I’m naturally pretty lazy and pretty short-sighted in my decisions (I’m working on this).

These days, I know I don’t enjoy sin even when I’m sinning, and hate being separated from God for any amount of time. But would I have learnt to love God and hate sin for themselves, if I hadn’t known of the eternal consequences?

I suppose if I could have seen God clearly enough, and so seen sin clearly enough too, I would have… I think the issue is, I wouldn’t see either of these realities, because I’d be too caught up with the finite realities of pleasure and pain in each action. I need to look to the infinite reality in each of my actions, and pointing forward to the time when that’s all that’s left of them seems to be a pretty good method of doing this.

If anyone is lost, does God not lose? How will God then be ‘all in all’? 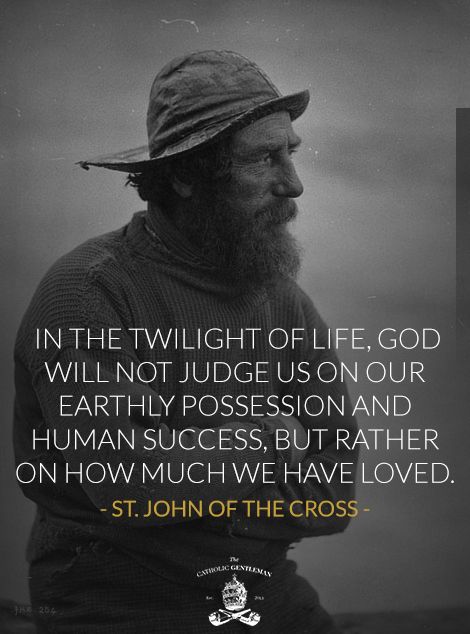 [Thanks to The Catholic Gentleman for the picture]

My question isn’t whether eternal damnation is just, but whether it is good and glorious enough to be befitting of God and His creation at the fulness of time?

There is a common theological explanation of hell today, that says that those in hell choose to be there, in their rejection of God, and that this privation is the pain of hell. C.S. Lewis, for example, said that the gates of hell are locked from the inside. This works nicely to shift the blame away from God, but it means some eternally refuse to bend the knee and submit to God at all. I think it would be better, and kinder too, if those in hell loved and desired God, even though they could not have Him.

This question really has me stumped…

If you have any answers, thoughts, comments or questions, please comment or, better yet, write a post about it. I think we don’t talk enough about hell. I don’t mean that we should start threatening people with fire and worms, but it is too important to ignore, and we are far too ignorant. What’s more, I think we seem on the one hand, incoherent, believing in both mercy and hell, and on the other hand, like we don’t really believe at all, because we seem to quietly ignore the scary or inconvenient parts.

Thanks for reading, and God bless you! 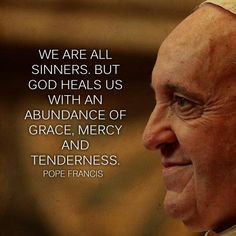