I believe that we are responsible for crimes and sins committed by those who went before us, and also for those done on our behalf by those in authority.

I know this is contrary to our modern ideas of justice, rooted in an individualistic worldview. But that worldview is incomplete.

I am not merely myself, I am also a member of various societies: my family, my school or workplace, my town, my country, and the Church. And each of these societies has a life of its own, living and acting as one, and so, is capable of both obeying and disobeying God. And as far as I remain a member of these societies, I participate in both its merit and guilt. 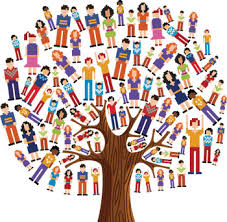 This doesn’t mean that I take on all of the guilt of every individual in society. But I do bear the guilt of society acting as a whole, and every association I belong to, even if I wasn’t even alive when its crimes were committed.

What am I to do? How can I be saved from these sins? How can we be saved from them? I must simply repent. Then in me, my society will be repenting, and being brought to repentance member by member. We must repent, do penance, and pray for the salvation of our families, communities, nations and Church, just as we must for ourselves.

I especially think of our national sins, of wars, colonialism, slavery, exploitation, abortion, etc., and of the sins committed by leaders in the Church, especially in the sex abuse scandal. And I believe that actually, this will be crucial to re-evangelising our society.

Thank you for reading, and God bless you!

P.S. I think it would be especially good in this regard, if on the anniversary of national crimes and sins, we took it as a day of fasting and penance, especially those crimes we are persevering in. For example, the 27th of October and 27th of April for the UK’s abortion act (royal assent and commencement, respectively), and the 20th of March for Iraq war. It would be great if the national bishops conferences could promote this too.

P.P.S. I watched a documentary a while ago about the descendants of prominent Nazis, titled ‘Hitler’s Children’, I think. It showed how they were haunted, even decades later, by the guilt of their parents’ and grandparents’ crimes, with many doing penance by working to prevent such atrocities ever being repeated, and one woman moving to the desert and having herself sterilised. It seems to me, that communal and hereditary guilt is a simple psychological fact, that it would be foolish to deny or dismiss.