Each thing is destined for its own fulfillment.

But my statement is self-evident. Of course everything tends towards its end, that’s why it is its end. The two parts of the statement are defined by each other.

Yet this only deepens its meaning, I feel. Everything contains within itself, exists according to, and tends towards its own essential principle. It is what it is. It reminds me of the meaning of the divine name, ‘I Am That I Am’ or, ‘I Will Be Who I Will Be’. 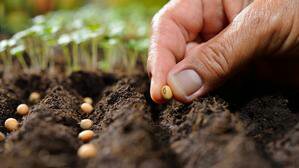 The river flows towards the ocean. The child grows into an adult. The seed becomes a tree. That is what it is, what it does, and what it will be.

‘And the end of all our exploring will be to arrive where we started and know the place for the first time.‘ – T. S. Elliot

Ultimately, God is the first origin and final end of all things. And in each thing being and becoming itself, it tends towards God Himself. The whole cosmos is heading towards its fulfillment in God. As St Paul wrote,

‘He is the image of the invisible God, the firstborn of all creation; for in him all things in heaven and on earth were created, things visible and invisible, whether thrones or dominions or rulers or powers—all things have been created through him and for him. He himself is before all things, and in him all things hold together. He is the head of the body, the church; he is the beginning, the firstborn from the dead, so that he might come to have first place in everything. For in him all the fullness of God was pleased to dwell, and through him God was pleased to reconcile to himself all things, whether on earth or in heaven, by making peace through the blood of his cross.’ [Colossians 1:15-20]

‘When all things are subjected to him, then the Son himself will also be subjected to the one who put all things in subjection under him, so that God may be all in all.’ [Corinthians 15:28]